Part I: The Little Black Book To those who have heard the story which I am about to relate to you, I have surely seemed quite firmly insane; and it is for this reason that I am so reluctant to describe the events which came to pass in those few weeks—several years ago—when I first saw that blasphemous doom-herald which, even now, I fancy I can see creeping across the blackness of space above. Even mentioning it, I shiver in the unnatural cold which seems to haunt me in these later years. But forgive me, dear reader, for it is not yet time for those speculations about what remains of my experience. It is best that I begin at the apropriate place in my tale—i.e. the beginning. It began the day after my father died—having left me what little money and posessions he had in this world—as I was sifting through his antiquarian collection of books, research notes, and unpublished works. I had known for some time that, after his first few sucesses as a scientific journalist for one of the
1 comment
Read more

Themes in Children of Abeona: Power

May 24, 2020
This post is the first of a new series I'm planning, which I'm tentatively calling "Themes in Children of Abeona ." As each post comes out, it'll be available under the tag "themes-in-coa" in the sidebar, and I'll go back through when it's complete and create a table of contents to add to each post for easier navigation. The raison d'etre for this series is fourfold: first, I want to make this blog less esoteric, which means that I need to start writing about what I'm writing instead of just how that writing is going. Second, I want to make this blog of more general interest — meaning that instead of just talking about details specific to my book, I need to cover things both related to my book and of more nonspecific interest: if I only cover details about the plot or setting, it might make some readers interested, or entertain those already interested, but it won't draw anyone in from search results. Third, I'm going to atte
4 comments
Read more

What's the Deal With This Mysterious Book?

May 20, 2020
I've spoken at extensive length on this blog concerning my novel. In fact, the primary purpose of this blog — besides being a place to publicly store my short stories once I'm finished editing them — is to document my struggles and progress in general on this novel. In this vein, it primarily functions as a way of me working out my own concerns and thoughts and getting out onto the page how I feel the whole process is going. Essentially, its a personal diary, which helps me conceptualize how I'm doing and where I am in the process. A result of this primary function, however, is that I've (so far rightly) assumed that very few people will ever look at this blog unless they want to read my short stories. Thus, it wasn't important for me to do any significant description or marketing of my novel, since, well, I already know what it's about and why I should be excited about it. The motivating assumption above, however, might not hold for very much longer, consider
Post a Comment
Read more

May 19, 2020
This is going to be a bit of a longer post, since I want to write down my thoughts on some important things going forward, as well as give an update. In light of that, I'll break it down into sections, even though that seems kind of silly. Progress Report In my last post, I wrote about some of the problems I was having with syncing up Cassandra's POV with the rest. I suggested a certain solution in that original post, but as I experimented with it, I found a number of minor, as well as some major, problems. First of all, the time window that I had chosen at first — twenty years — was just kind of a weird time frame to work in: first of all because (so I thought at the time), the other POVs would be out of the action for 636 years, so why give specifically twenty years to Cassandra, when most of that would be in stasis anyway, and so on. With this in mind, I switched to twelve years. This was better because that way I could fit in two years of change and real experience, a
4 comments
Read more

May 16, 2020
Well, I've finished another chapter in my book, putting that at two — I think — since I last posted here. My book has reached 70,206 words, which means it is approaching the mark where it will be the longest thing I've ever written . And you know what? I'm feeling really good about it. This might be the longest I've ever worked on any project, and long before now I usually give up, as whatever I'm working on collapses under the weight of a thousand structural mistakes, or loses its interest for me as I realize that, due to a lack of foresight early on, I had not actually prepared myself for some eventuality. Not so this time. This time, I'm actually moving ahead quite nicely towards finishing it. Of course, as you can see if you've been following the automated total-word-count projections on my blog homepage, you'll know that the pace at which I cover each plot point in my outline is slowing down significantly: so that each plot point takes more
Post a Comment
Read more 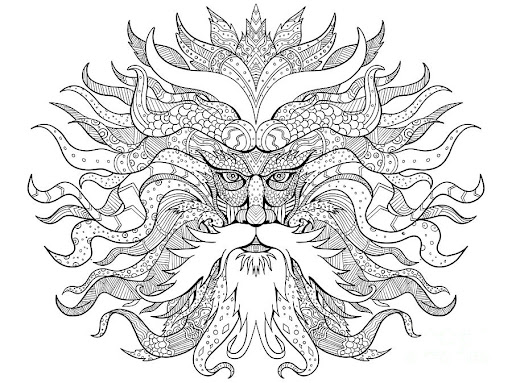 EDITOR'S NOTE: This is going to get a significantly expanded and revised edition soon. This version is about 5k words, the new one is already approaching 10k and will likely end at 20k words, or more. I've decided to do this because my writing group pointed out several flaws with this version: first, the lack of good descriptions of things, second, the very strange pacing with slow scenes but lots of timeskips, third, the lackluster mystery, and fourth, they just really wanted to see more of this world. “‘Whither Helios at nightfall,’ I guess.” I looked up from the newspaper at the man behind the newspaper-stall counter, startled. He was pulling on his cigarette as if he hadn’t spoken at all when I looked up. An anemic stream of smoke lofted out of the corner of his mouth and up into the sky, the red-hot tip a little glowing zit in the early twilight. “What did you say?” “I just mean, I don’t know. Does it really matter if the economy can’t stay at this pace much lon
Post a Comment
Read more

April 10, 2020
Since the last post, I've written roughly seven thousand words; however, almost nothing has actually happened in that intervening chapter: I haven't even moved to the next plot point on my outline, which I've been stuck on for three chapters and almost 15k words if my memory serves. This is extremely discouraging, to say the least. It makes me wonder if there's something wrong with my writing process, or my writing style, and also raises the question of how much I'm going to end up editing out in the second draft — a disappointing prospect to think about barely a third of the way through the first draft. Worse, this next part was something that I hadn't really thought about in my head, and in the process of planning I've found it necessary for plot-hole-filling and worldbuilding reasons to introduce a few new elements to make the section work: specifically, an AI named Athena. In order to make that work, however, I had to give her a unique character to
Post a Comment
Read more

March 21, 2020
Well, this new pandemic has its pros and cons when it comes to writing, that's for sure. While I technically now have twice as much free time as I once did (and the extra boost in creativity that comes with more sleep and my INFP sibling around), having a looser schedule also breeds procrastination. In the last two weeks I've barely written 4000 words; it might be the most interesting 4000 words I've written in a long time, but that doesn't really excuse it. Speaking of those words, they consist in the latest chapter of Children of Abeona , "Bonus Amicus [A/The Good Friend]." In it, the more political side of the plot starts to come into its own — previously I was focusing more on what I've termed in the past as "moving the chess pieces into place": getting all the characters into the right position, establishing their current character and catalyzing their character arc, etc. Now that that's all done (and at about 48k words, too) I'm r
Post a Comment
Read more
More posts